Have a film / video project? Feel free to contact us!

Recording of an event / event clip is a short report or a full report of the event, concert, conference, panel, debate, lecture and other happenings or events. So it can apply to virtually any industry - business, education, culture, public administration or sports. 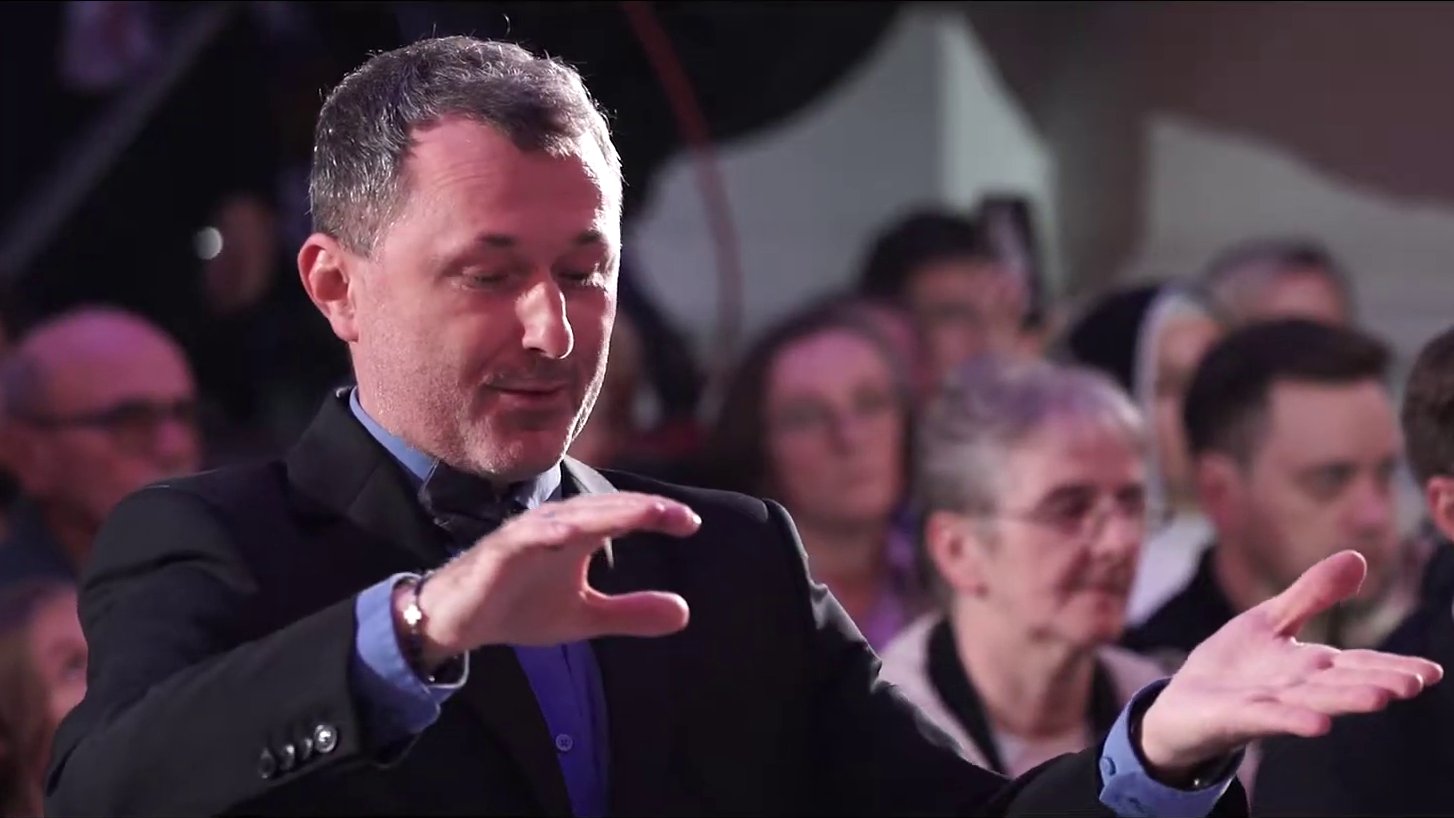 Here is an example of a film we made - a reportage of a liturgical music concert conducted by the composer Paweł Bębenek, performed by a choir and an orchestra. The shooting took place in Warsaw at the Church of the Holy Cross.

The next shots show the preparation and course of the event, the film is also accompanied by a commentary by the participants and creators of the event in the form of the so-called "100%" or recordings of short statements for the camera, which significantly enriches the message of the report. 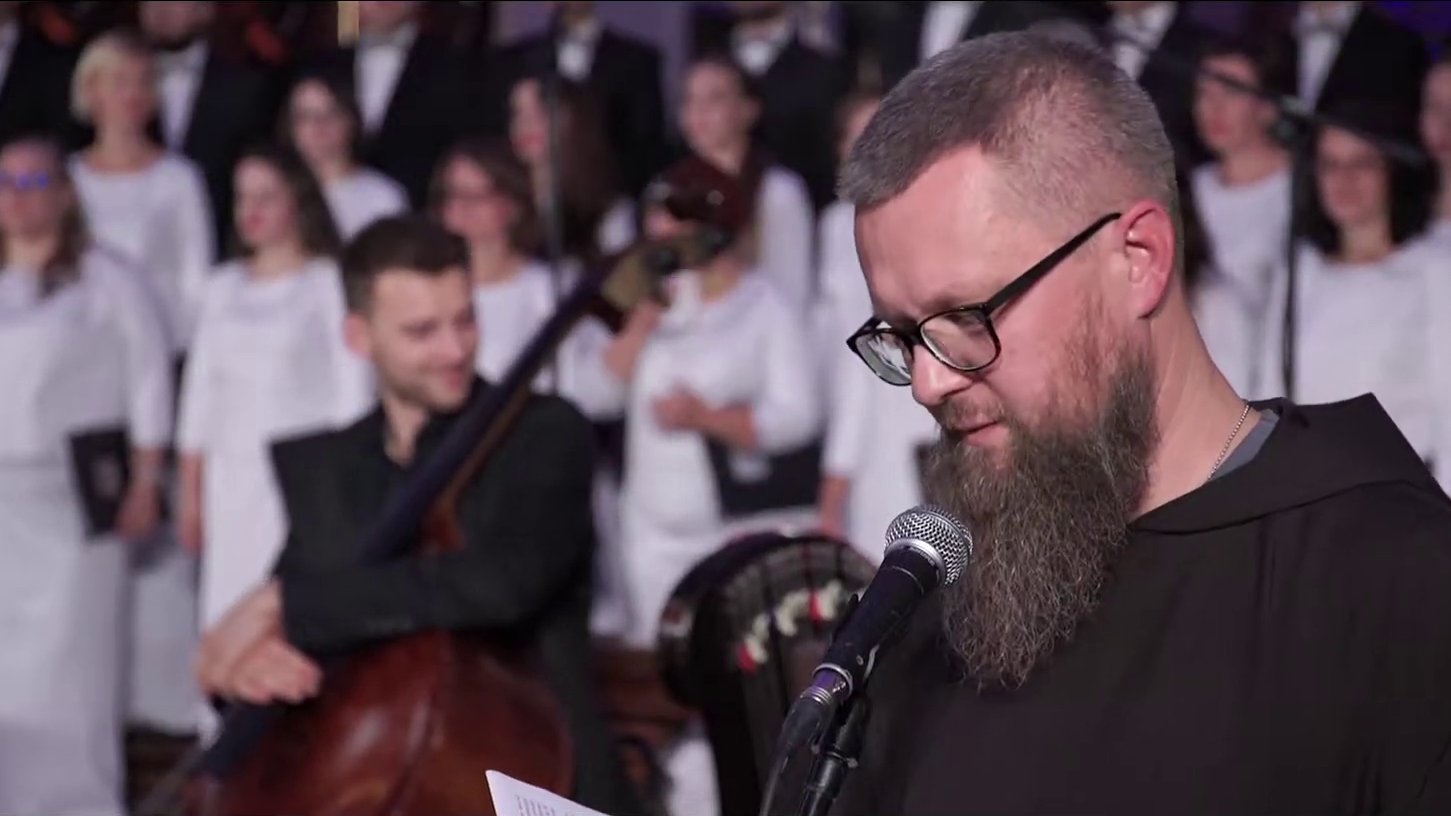 The statements are illustrated with the performance of musical pieces, so the viewer has the opportunity to experience the event as if he were its direct participant. 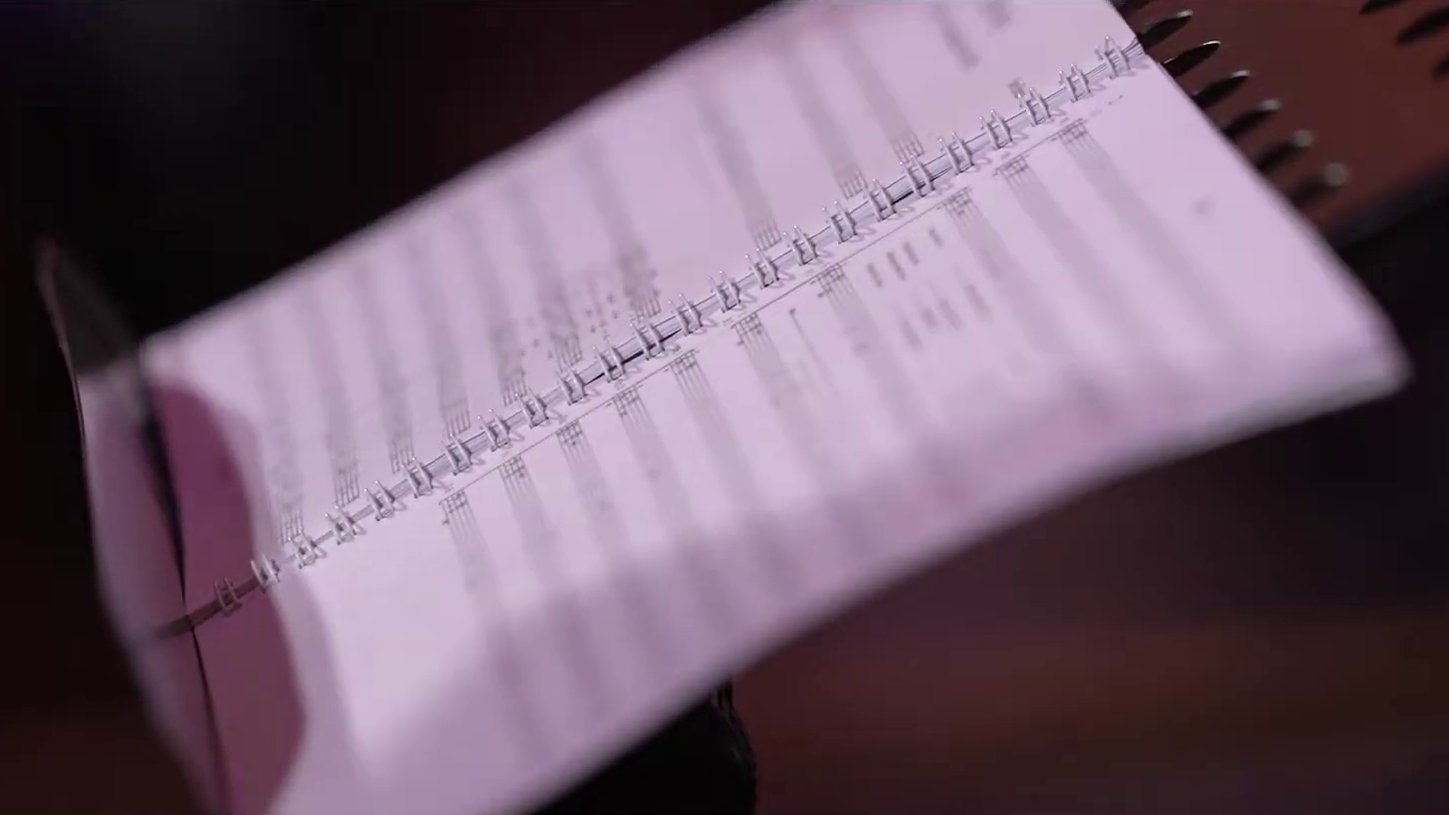 In this case, the event was shown briefly, but in addition to the reportage, you can always edit a longer film from the recorded material, which is a record of the entire event.

Filming events - how many cameras?

Depending on the complexity of the event, photos can be taken with one camera - most often when a simple report is made. 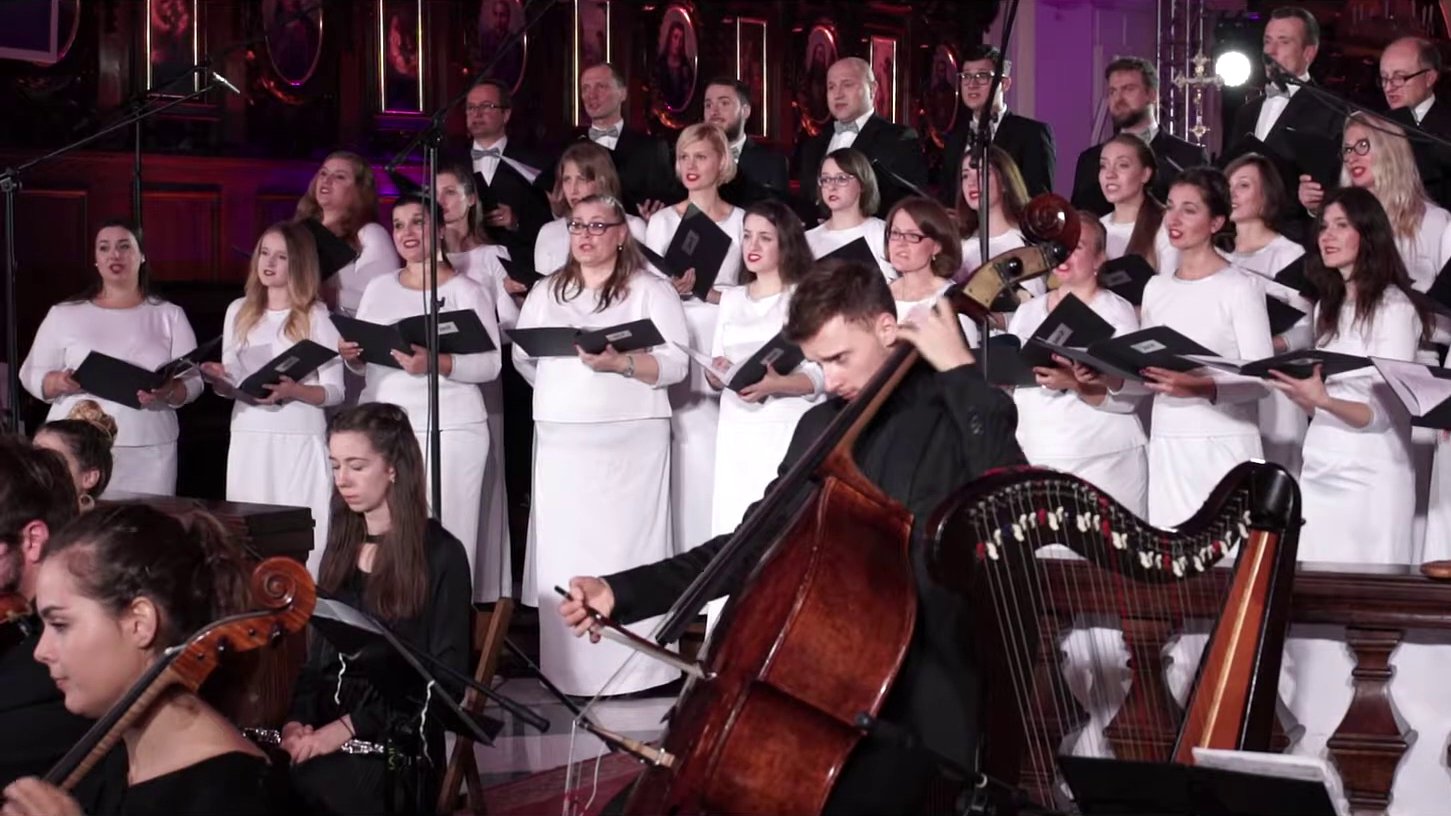 And in the case of a conference, discussion panel, concert, spectacle, where a lot is happening at the same time, it is best to carry out video production with the participation of several camera operators. 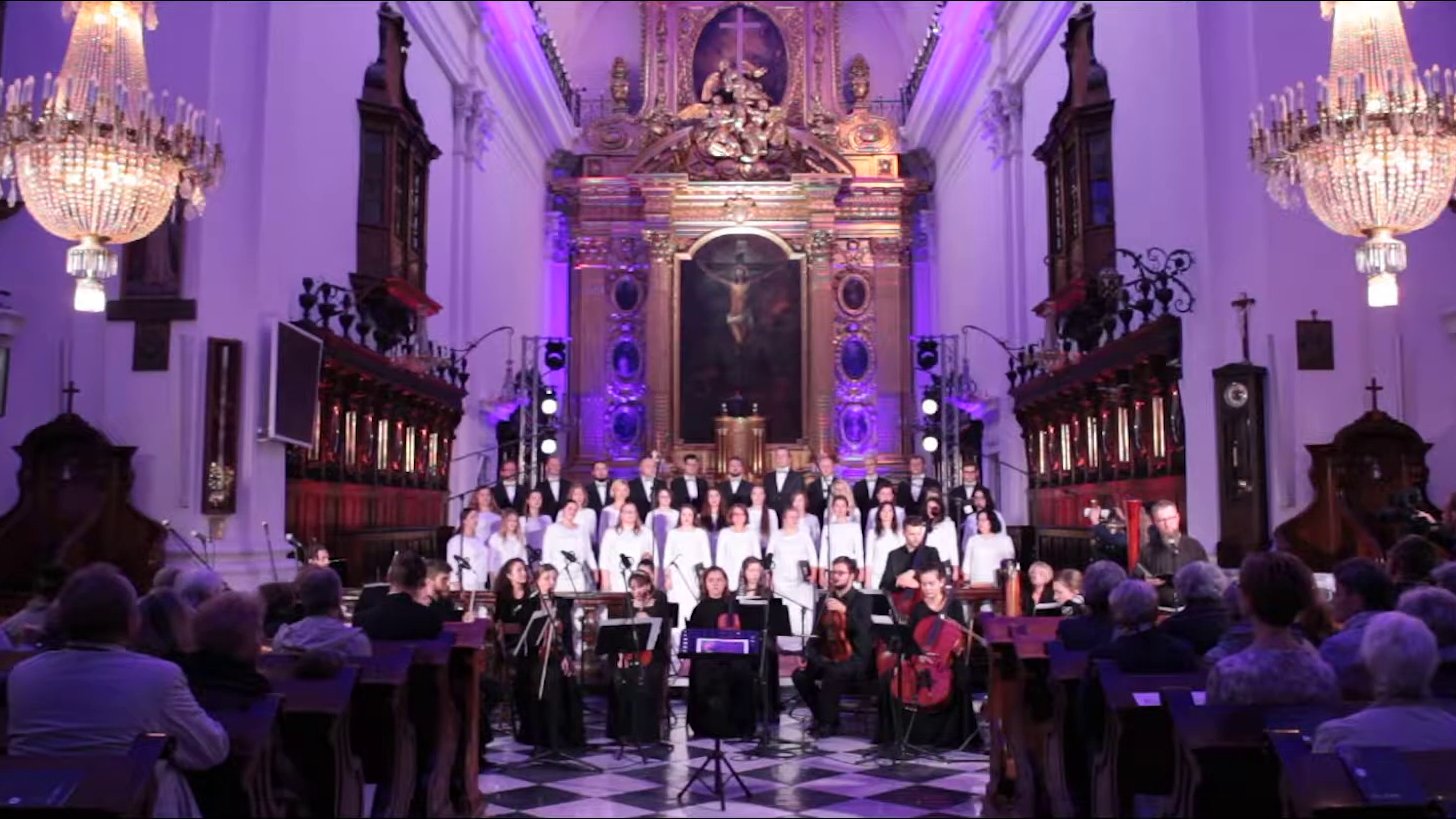 What is needed here is the realization of a vision - editing a live video image with a vision mixer. Then we have the ability to choose different situations and shots as well as the viewing angles of the cameras. 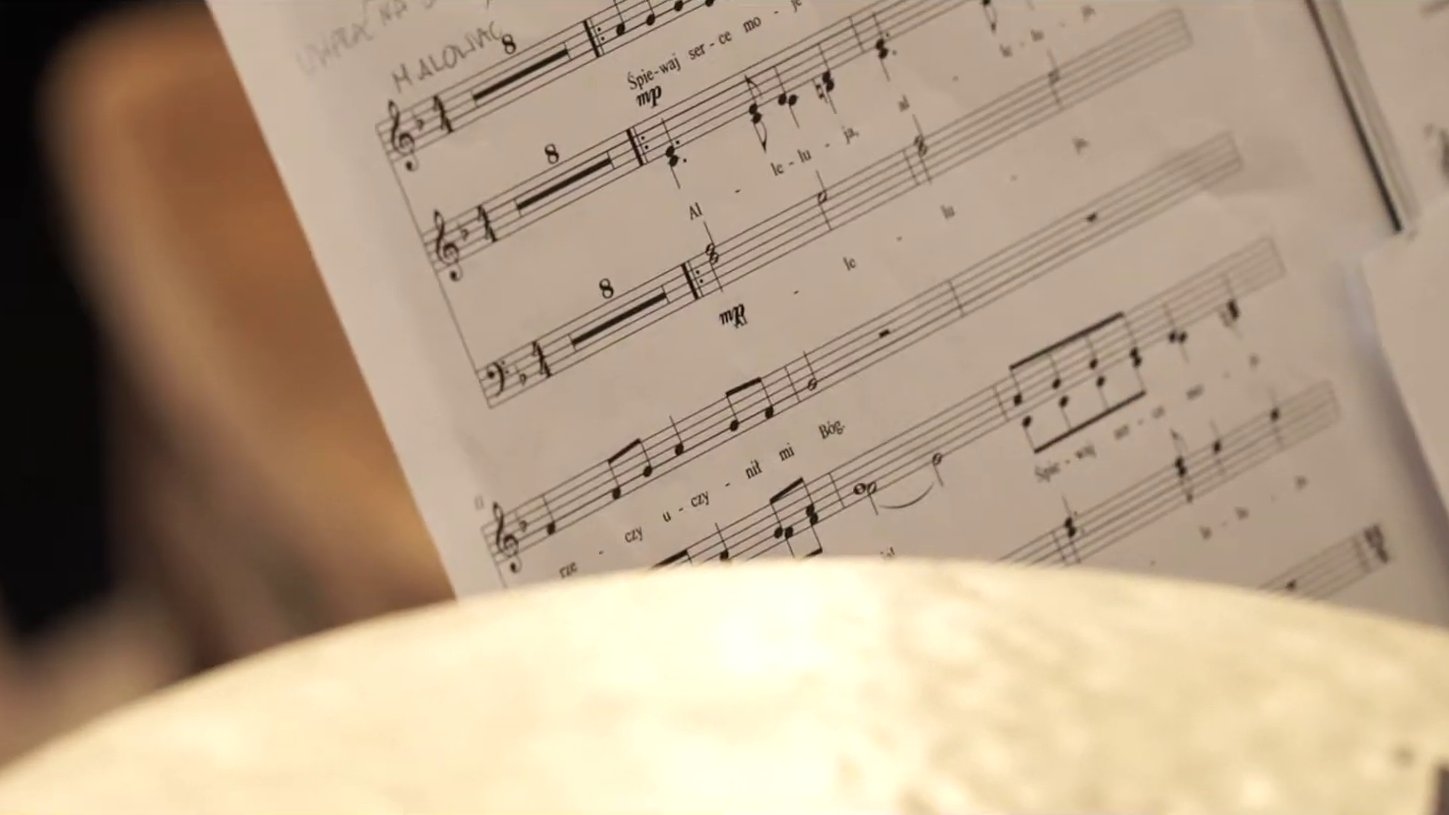 Nothing stands in the way of using aerial shots when making this type of production - using a drone - large outdoor events look very spectacular from this perspective, and the film gains a lot of dynamics.

In times of the COVID pandemic, serious limitations in the number of event participants are frequent. Similarly, when potential participants are located at large distances from each other - and the event has a global reach - e.g. the premiere of a new product at the company's headquarters. 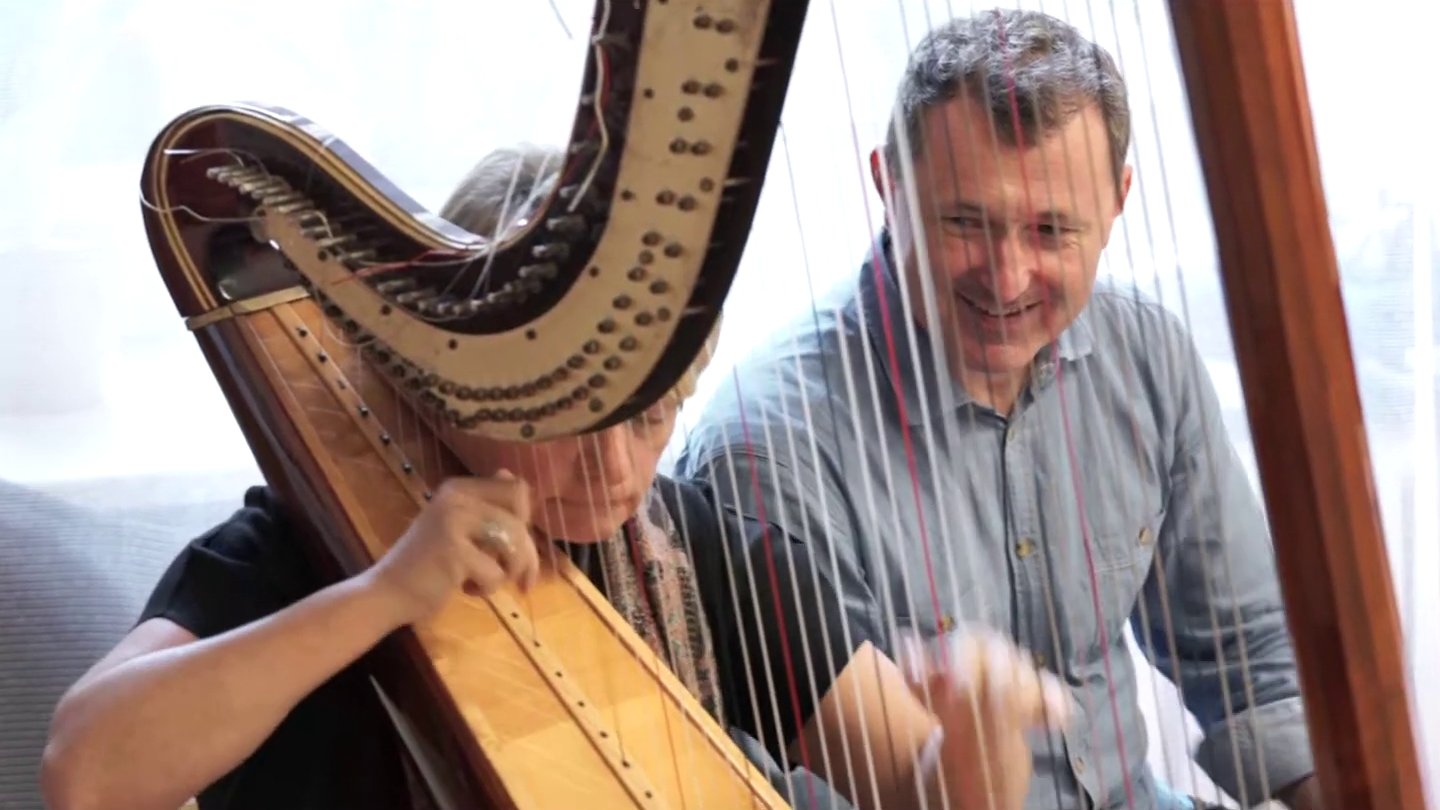 The solution to the problem is the "live" streaming service of the event, for example on the company's or organization's YouTube channel. 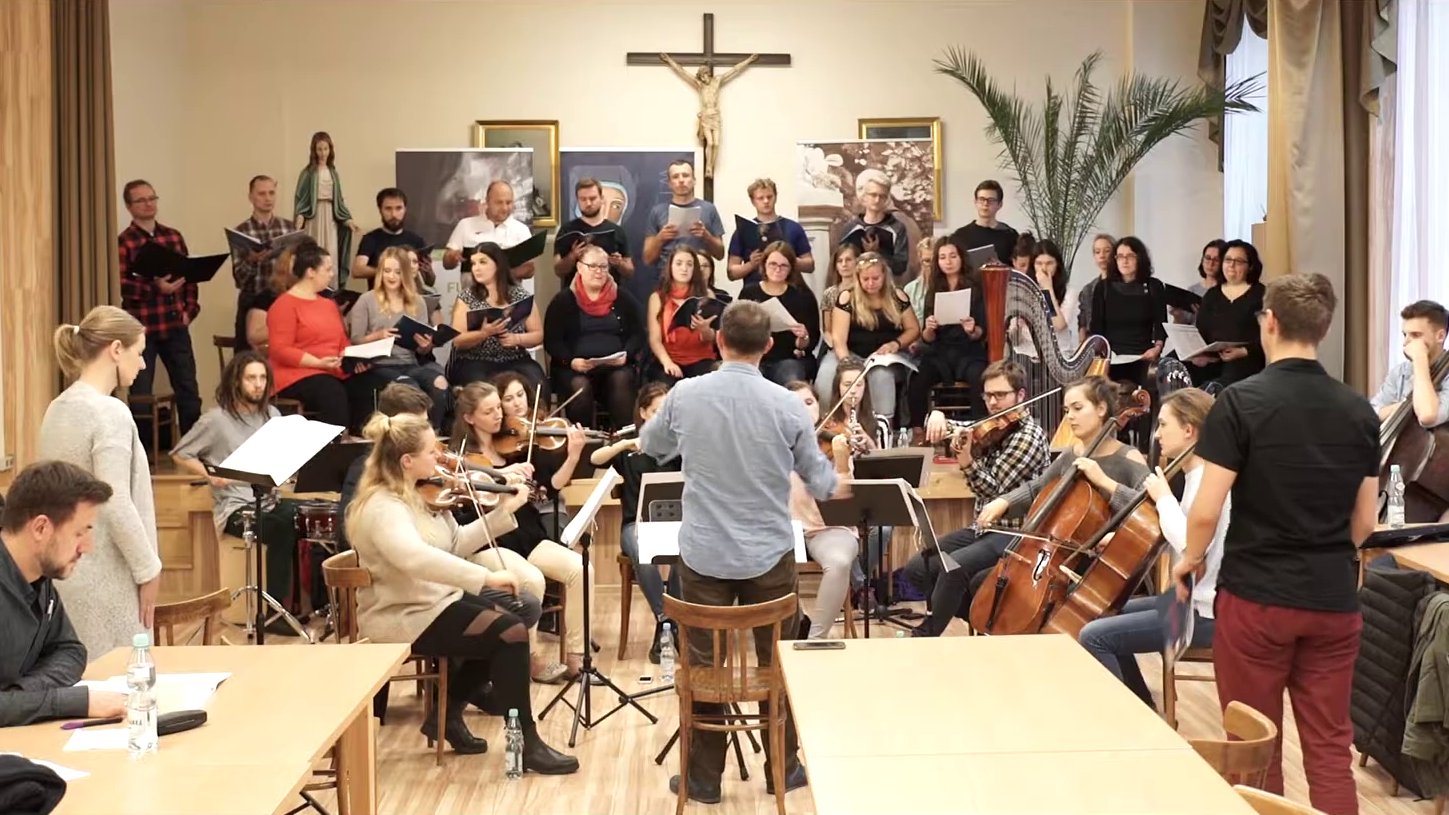 We then have the opportunity to make the link to the online broadcast available to a wider audience. Cultural events, such as performances in theaters, concerts, with paid access for viewers, can especially benefit from such a solution. Thanks to this solution, the number of participants is limited only by the bandwidth of the access band to the presented content.

Filming events is also a chance to create very good material for the company, which can then be used as promotional material - by the HR department or when creating other content. 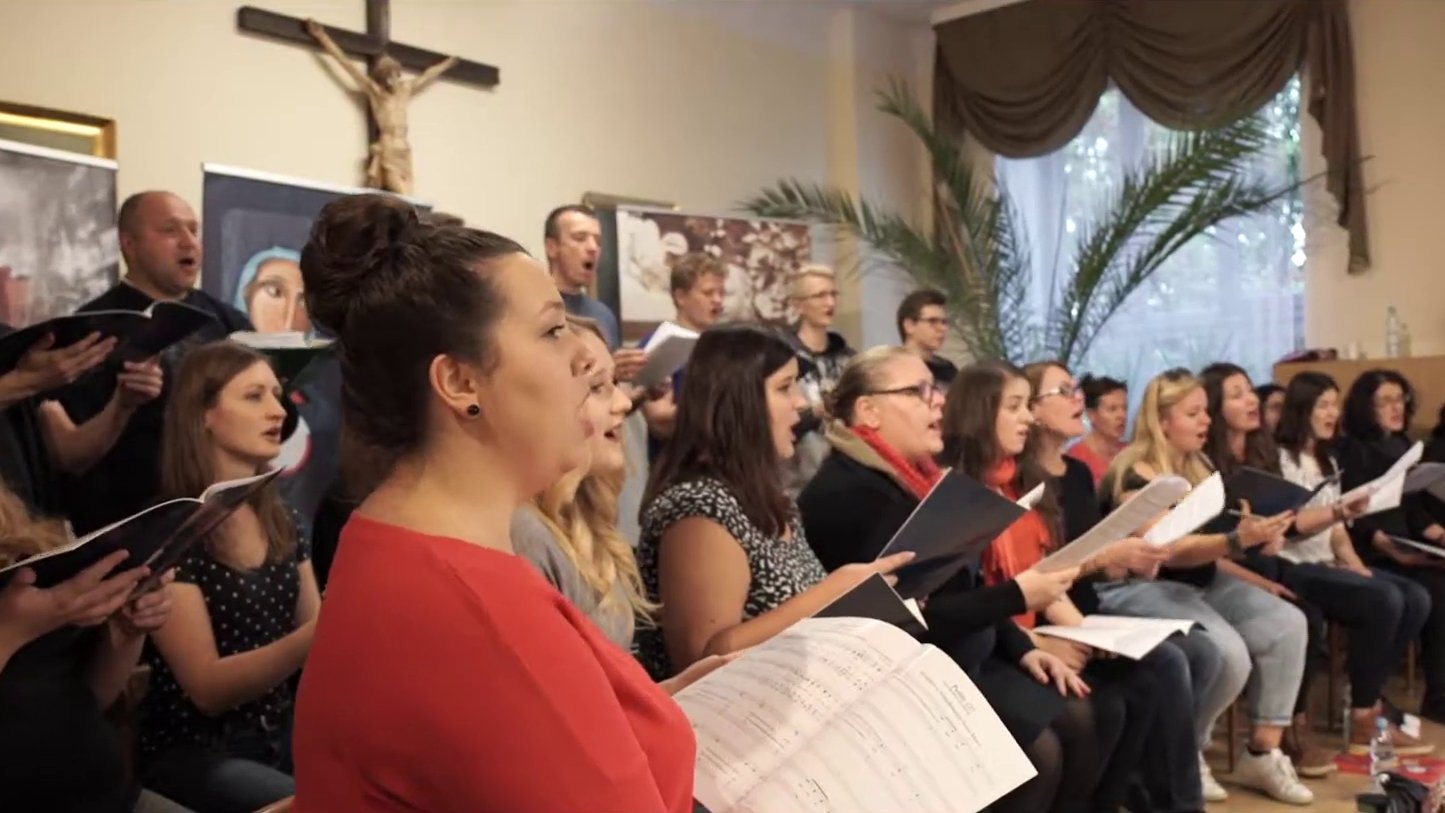 Celebrating the company's success, anniversary, or achievement of a strategic goal allows you to create an image of the high status of its brand and quality of services. So it is also a promotional activity, but carried out in a subtle way.

Our film studio has been operating since 2006. We deal with film production: advertising, promotional and other forms of video marketing. We create films, taking into account various aspects of promotion, various types of productions appeared in the work of our studio - typically commercials, corporate videos and social campaign spots and music videos. 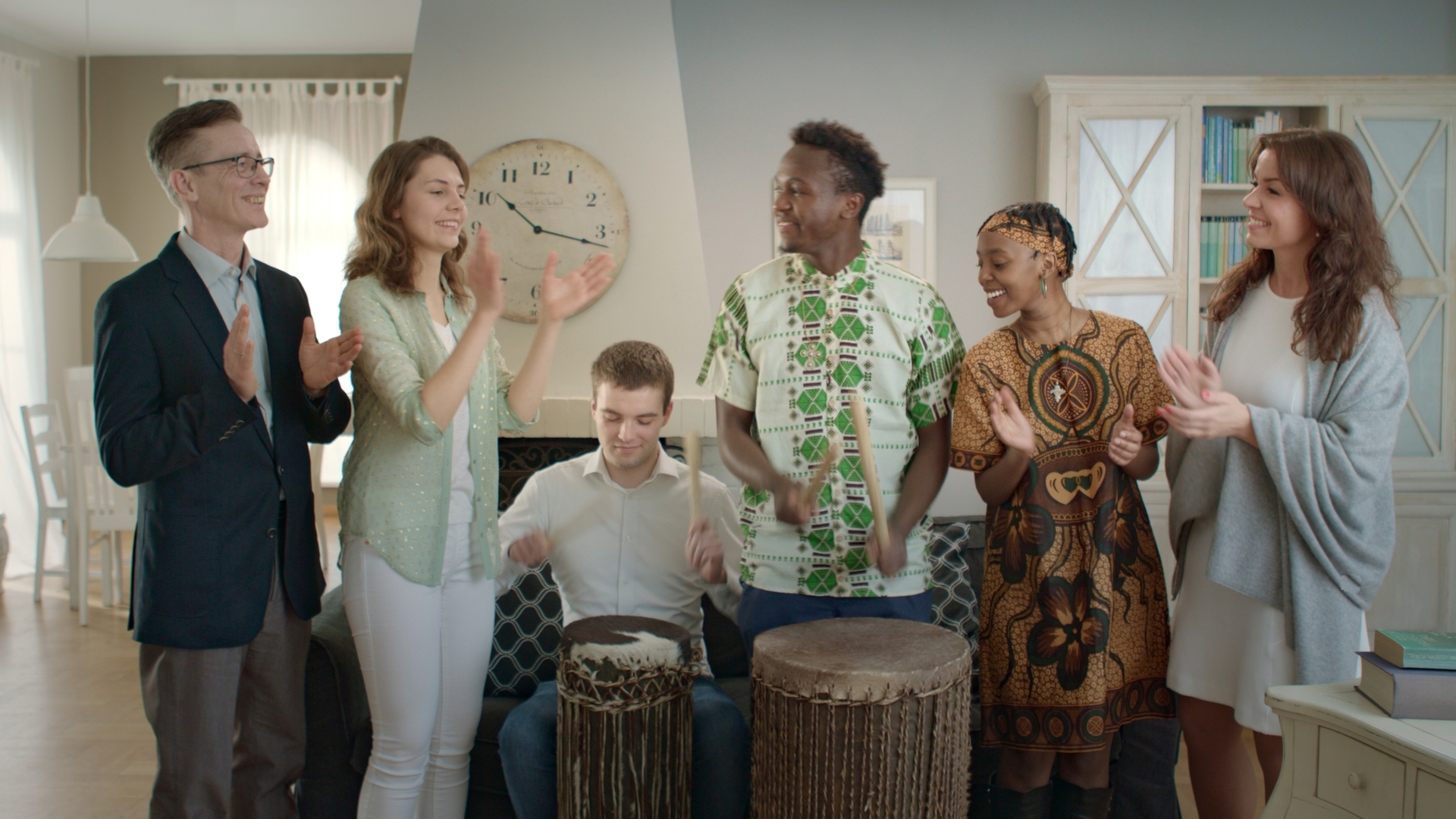 We are present in Warsaw and Wrocław, but we operate throughout Poland, as well as Europe and the world. One of our reports was made in Africa, in Rwanda. 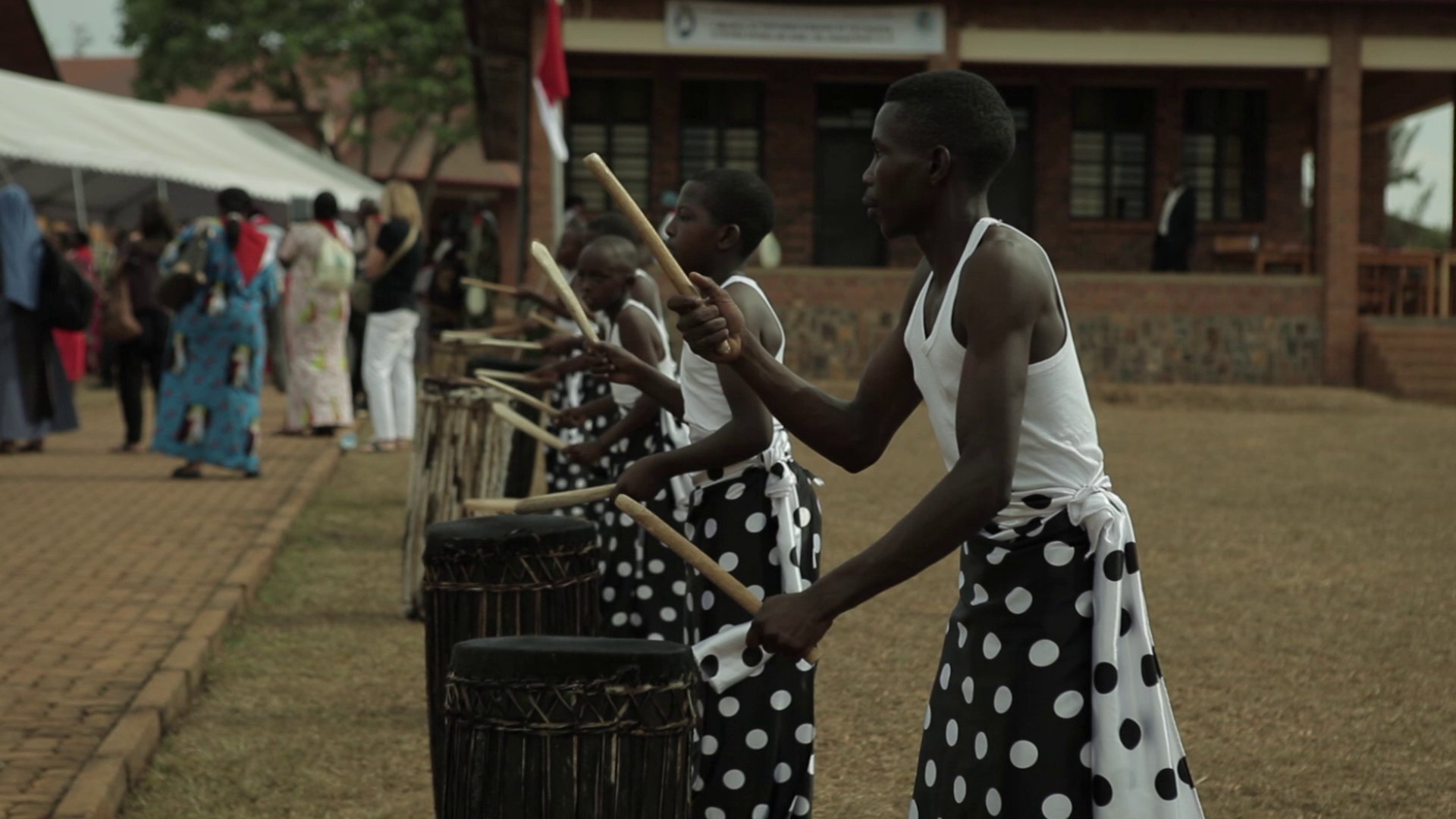 Our projects, published on the Internet, are translated into languages such as Chinese, Korean, Thai, Japanese and thanks to the YouTube localization system, automatically presented to the viewer in the language corresponding to their localization.

Film production is a very complex process, and our specialty is a comprehensive understanding of the matter and area of our clients' activity. 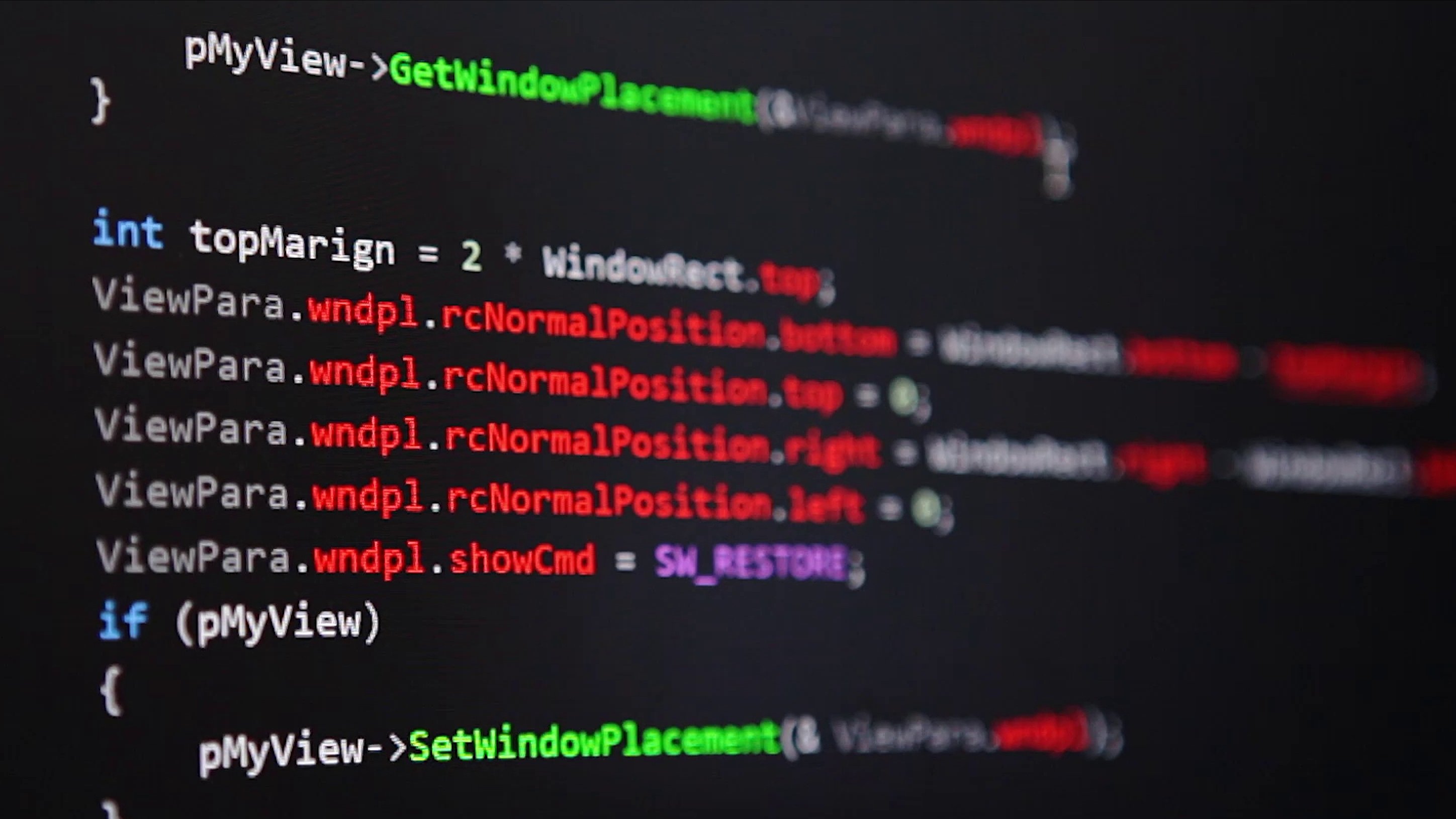 We create videos in such a form that they can be an effective video-marketing tool.

From script to broadcast!

During the preparation of the script, we transform the substantive content provided by the client into an attractive image message. During production, we consult the method of presenting key information. 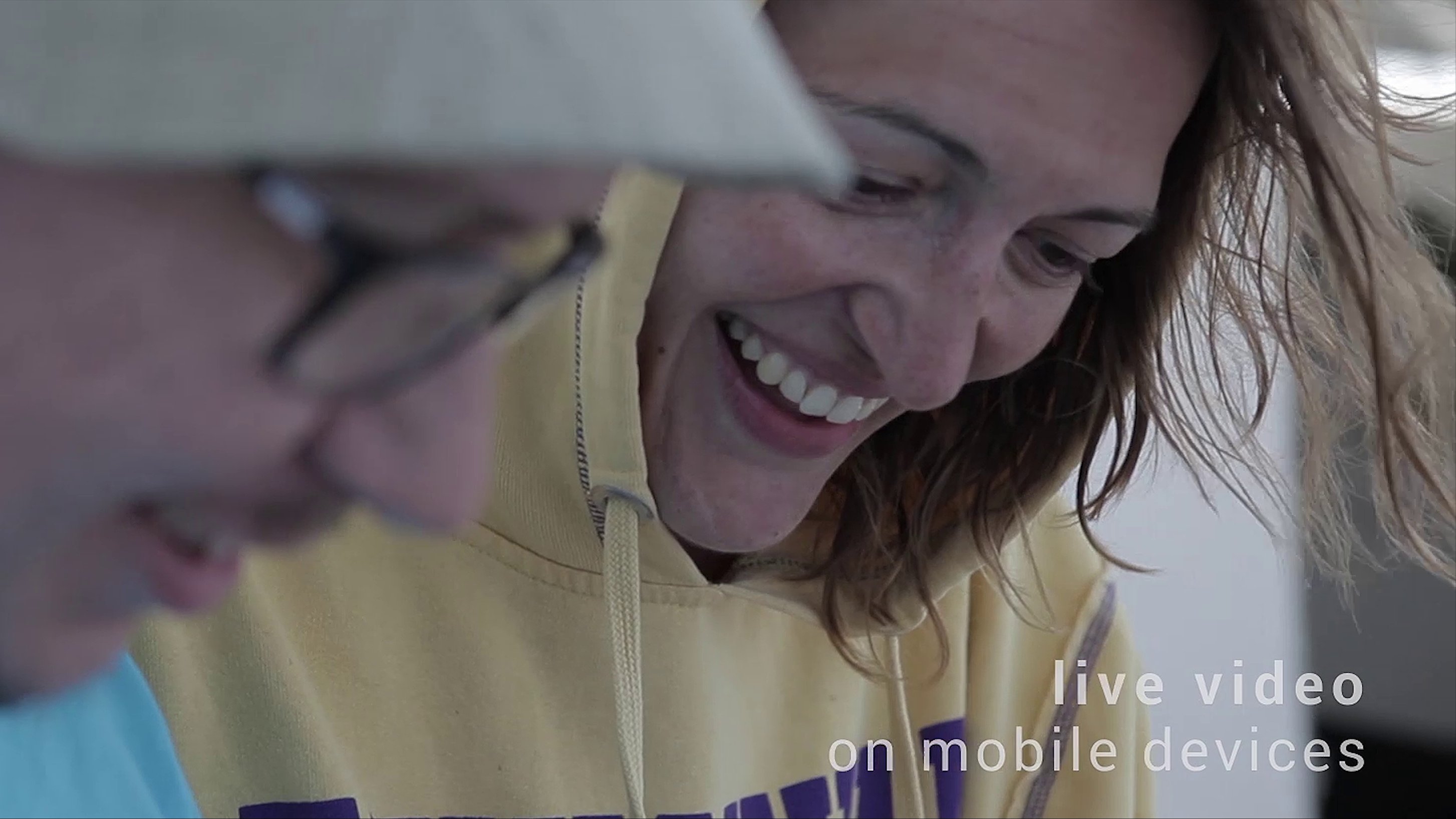 We try to make the message form a story and make it understandable for the recipient. We actively expand knowledge in the field of storytelling and weaving fictional elements into the scenario. 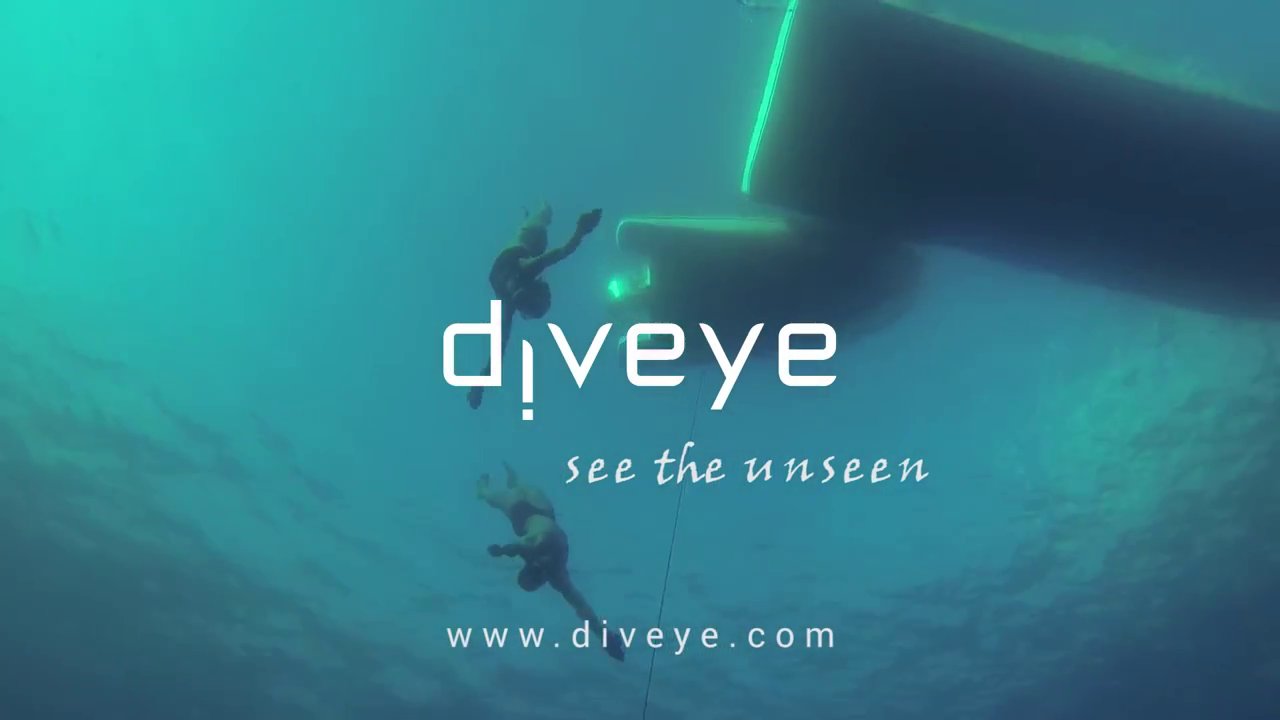 Our clients are satisfied!

We have been trusted by clients who deal, among others, with: industrial metrology, production of wallets, taking underwater photos, we are able to create effective promotional films for the needs of every industry. 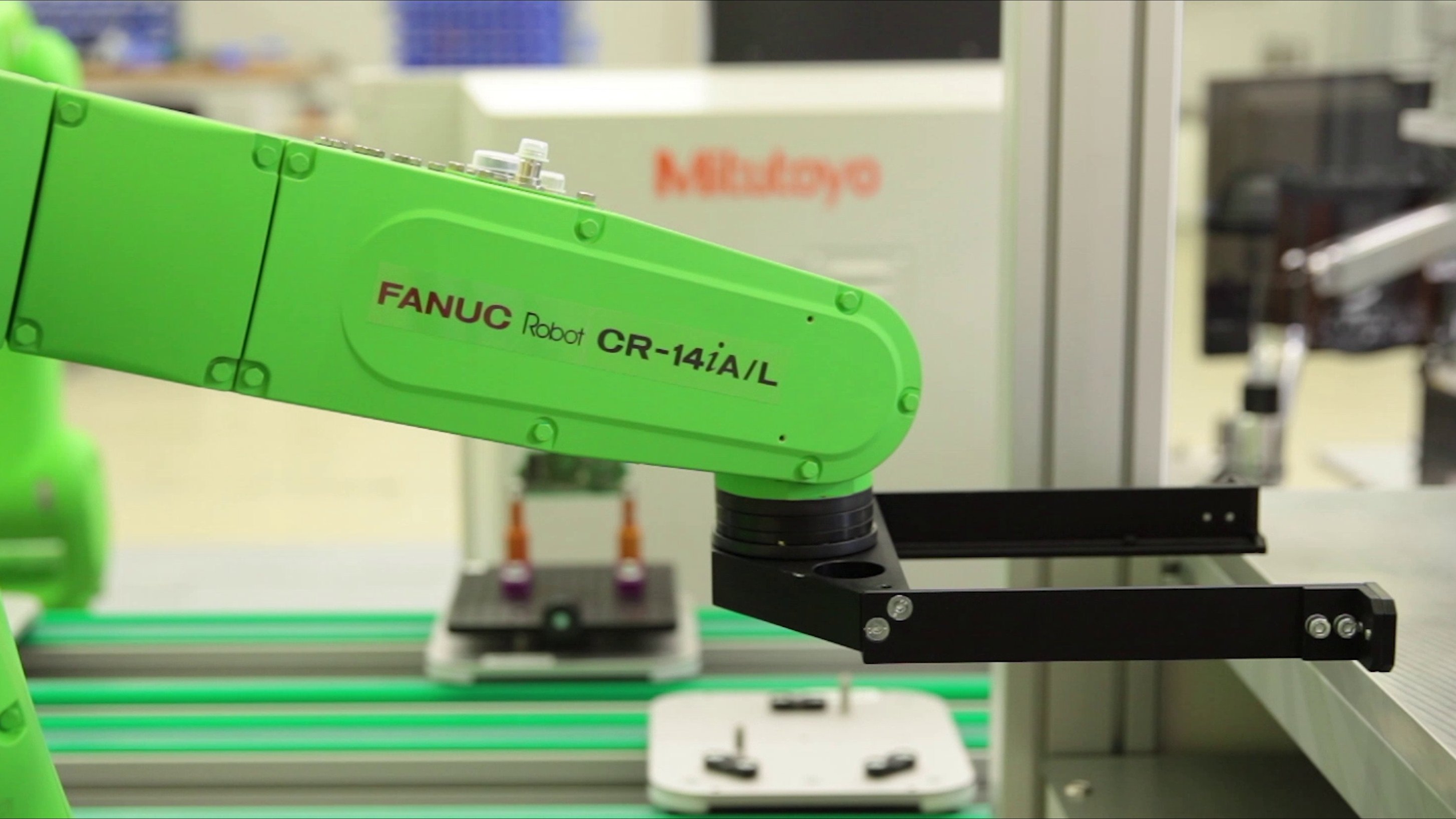 We make sure that even a very complex message is accessible and understandable to people who do not have specialist knowledge.

We offer an individual approach to creation for each of our clients. We can adjust the appropriate form of the film and the number of shooting days to your budget. Some forms can be realized by simple means, others require more serious investment. 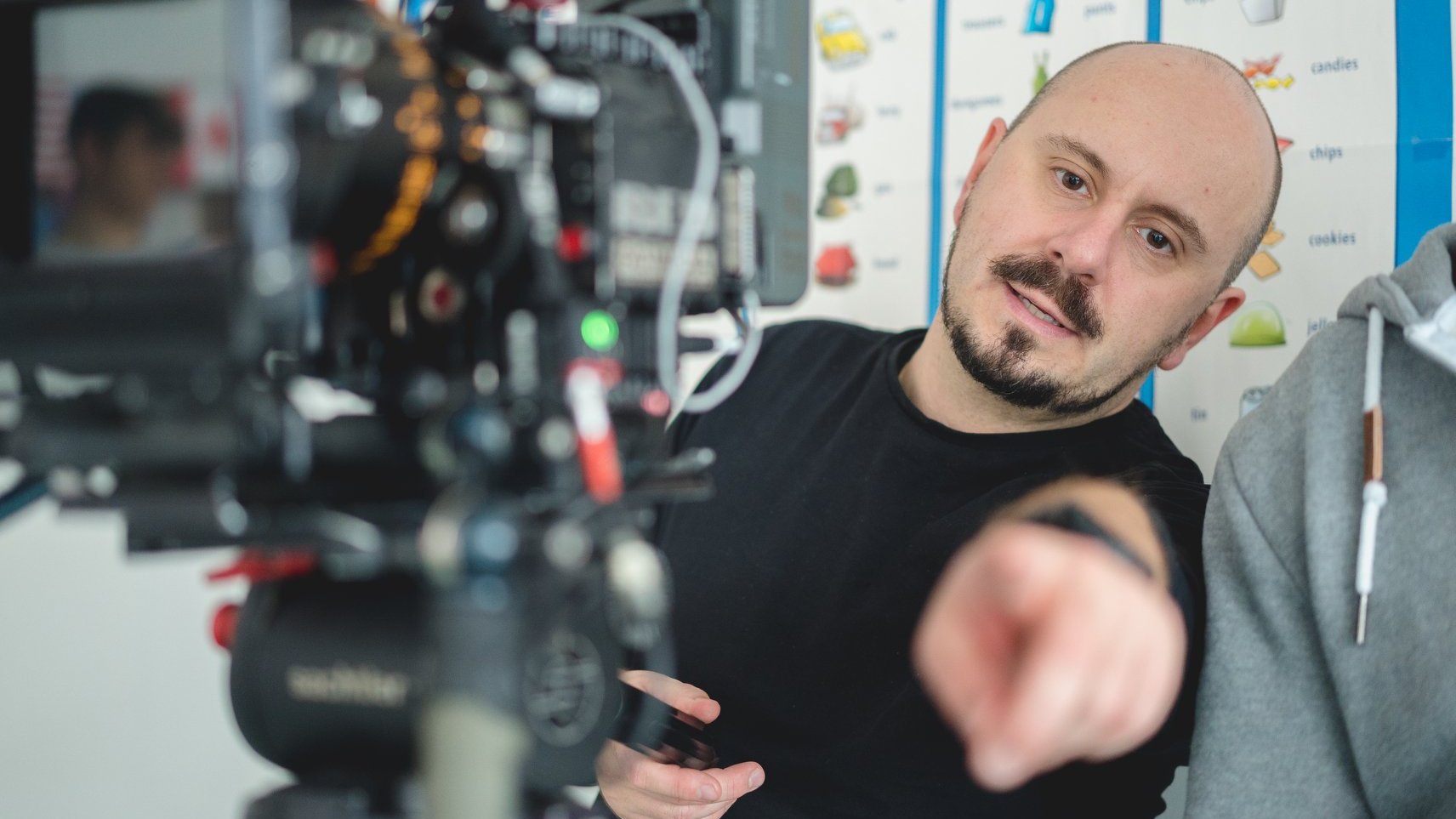 Over 15 years in film production!

We have over 15 years of experience in film production - and our services are highly appreciated by our clients. Our studio is adapted to color correction of footage from various cameras. 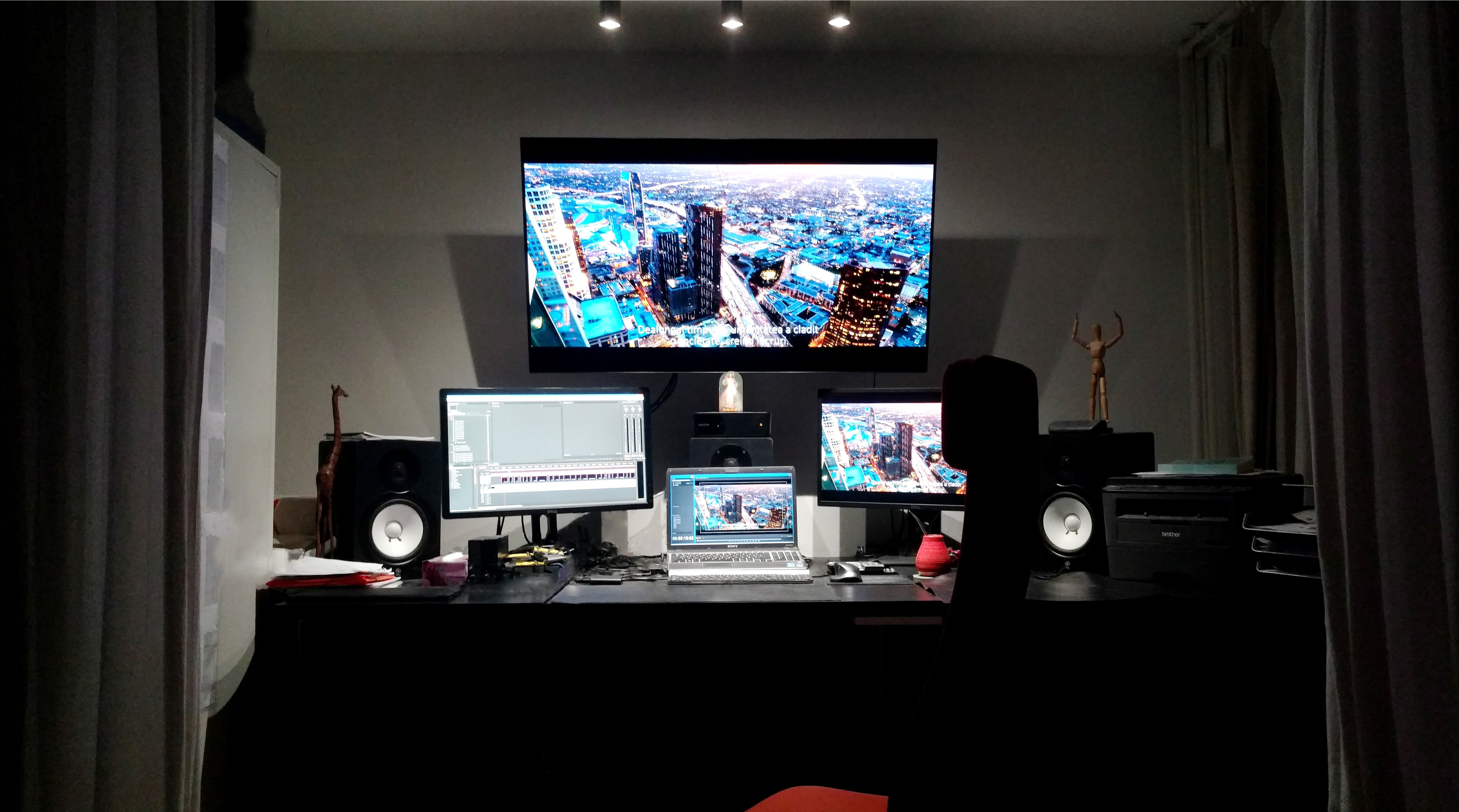 We want to build lasting business relationships, returning customers are very important to us, we try to diagnose current needs and propose new solutions as needed. 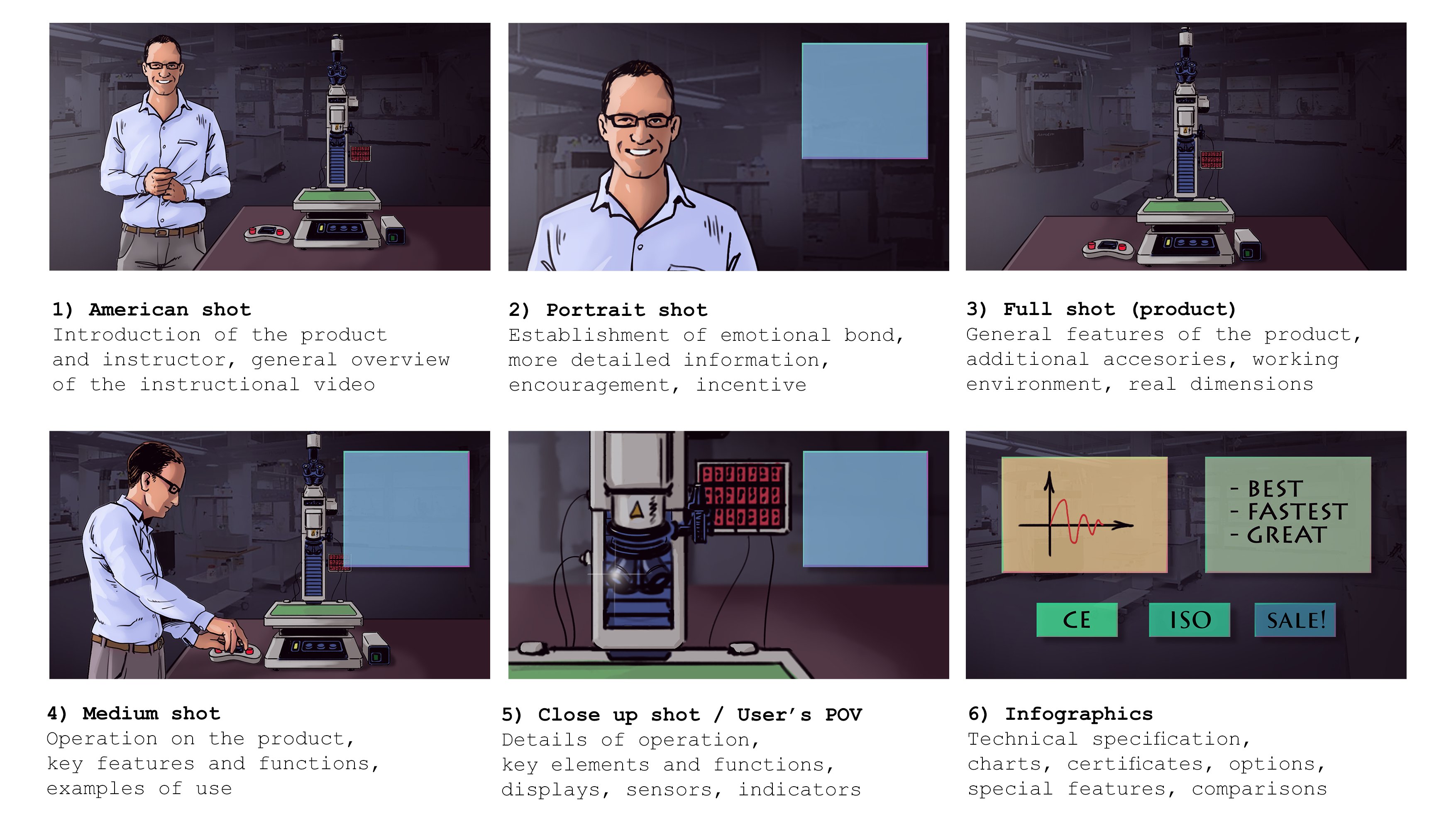 We advise on the selection of the form, while working with the client, we create the script together. We advise against creating content that you do not need - an expensive movie is not always the best idea, and the rational use of promotional funds is very important - effectiveness is the most important thing.

We look forward to working with you!

Do you need to make a film from a company or organization event? Do you want to consult the details? Do you expect high quality film services? 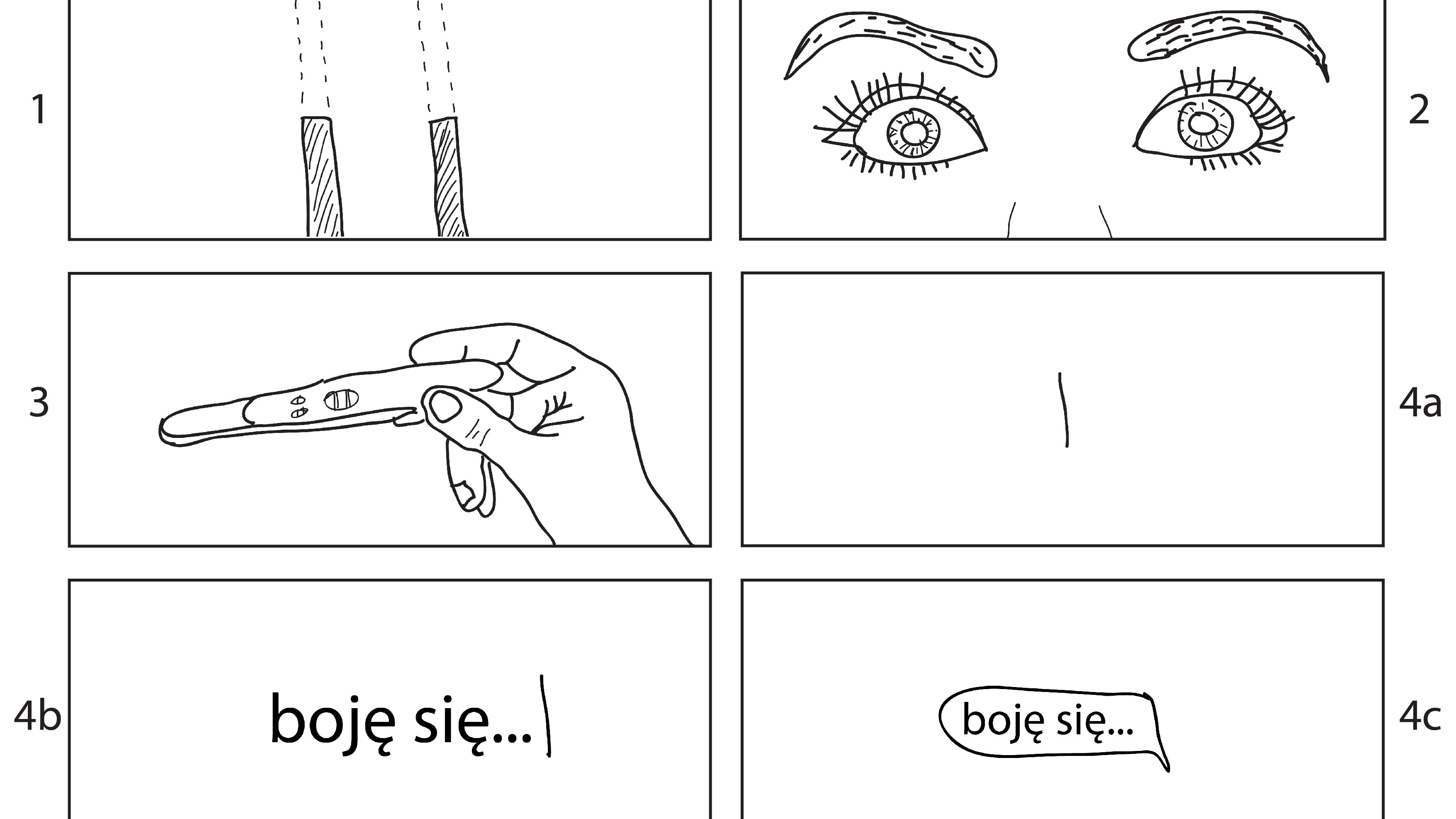 We are happy to help you record a movie of concerts, events, conferences and other business, cultural or social events. Warsaw is the closest to us, but we carry out our video productions all over Poland.

Have a film / video project? Feel free to contact us!

Our offer includes such genres as:

You want to show the values and features of a product or service, present the company profile and the spectrum of possibilities? Or maybe you want to talk about the values and mission of your brand? 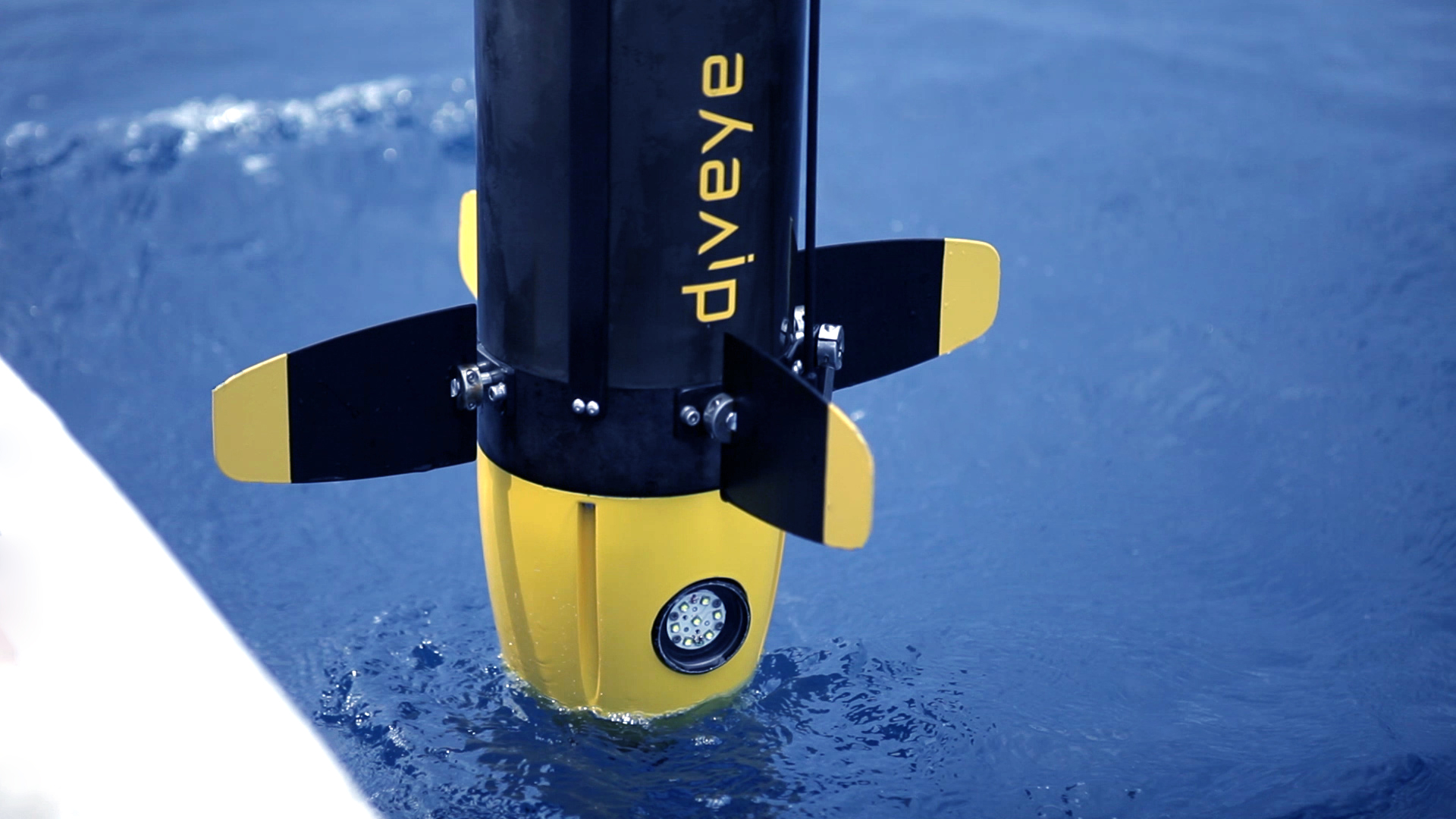 Do you have a desire to change the world for the better? Would you like to help a specific group of people? Encourage others to act? 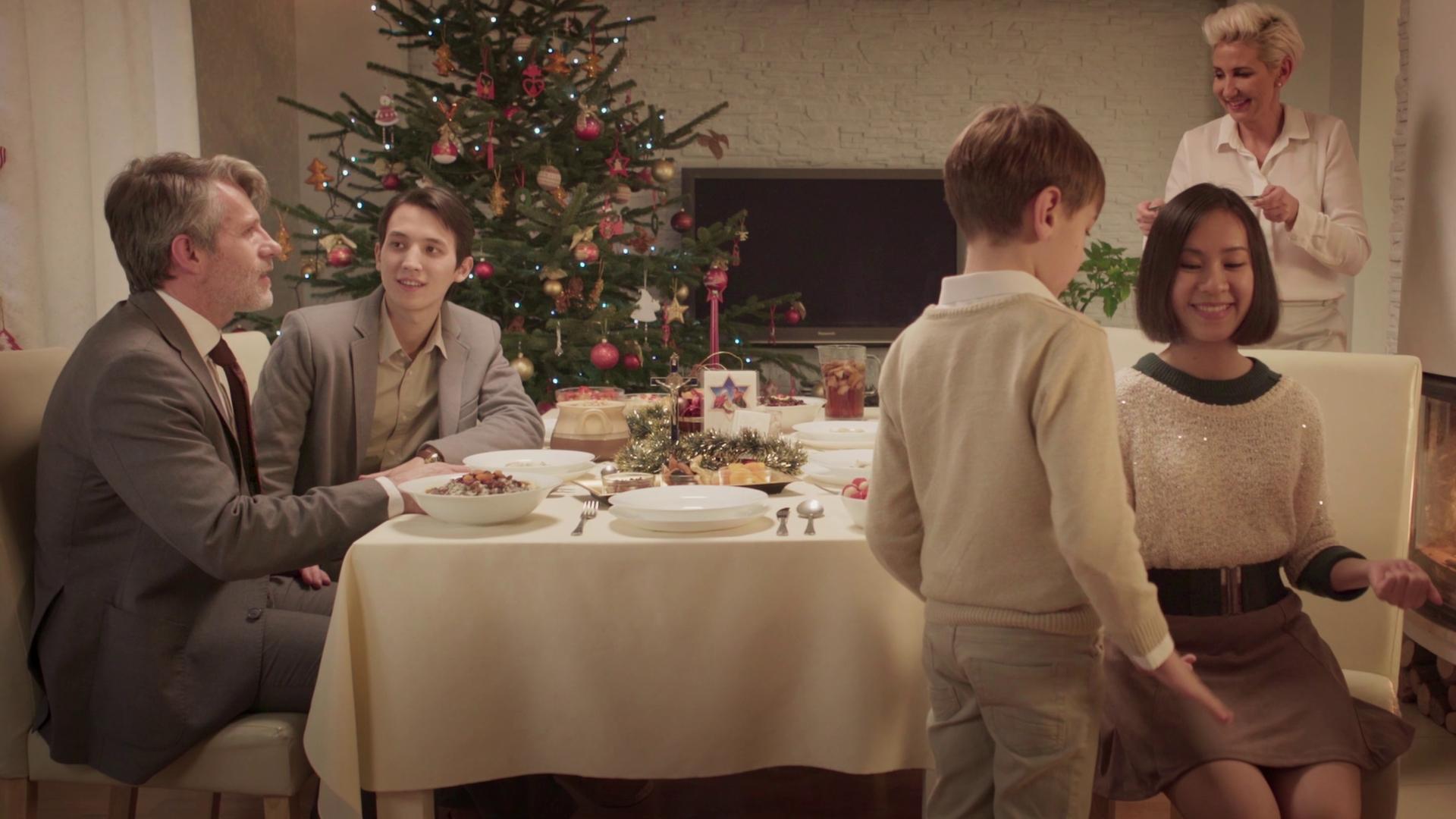 The social campaign gathers a group of recipients around a cause, it makes you aware and provokes a change of thinking and activates to action.

Did you manage to put together a bookcase or table from a well-known furniture store? Certainly, the manual contained pictures that simply illustrated the whole process. 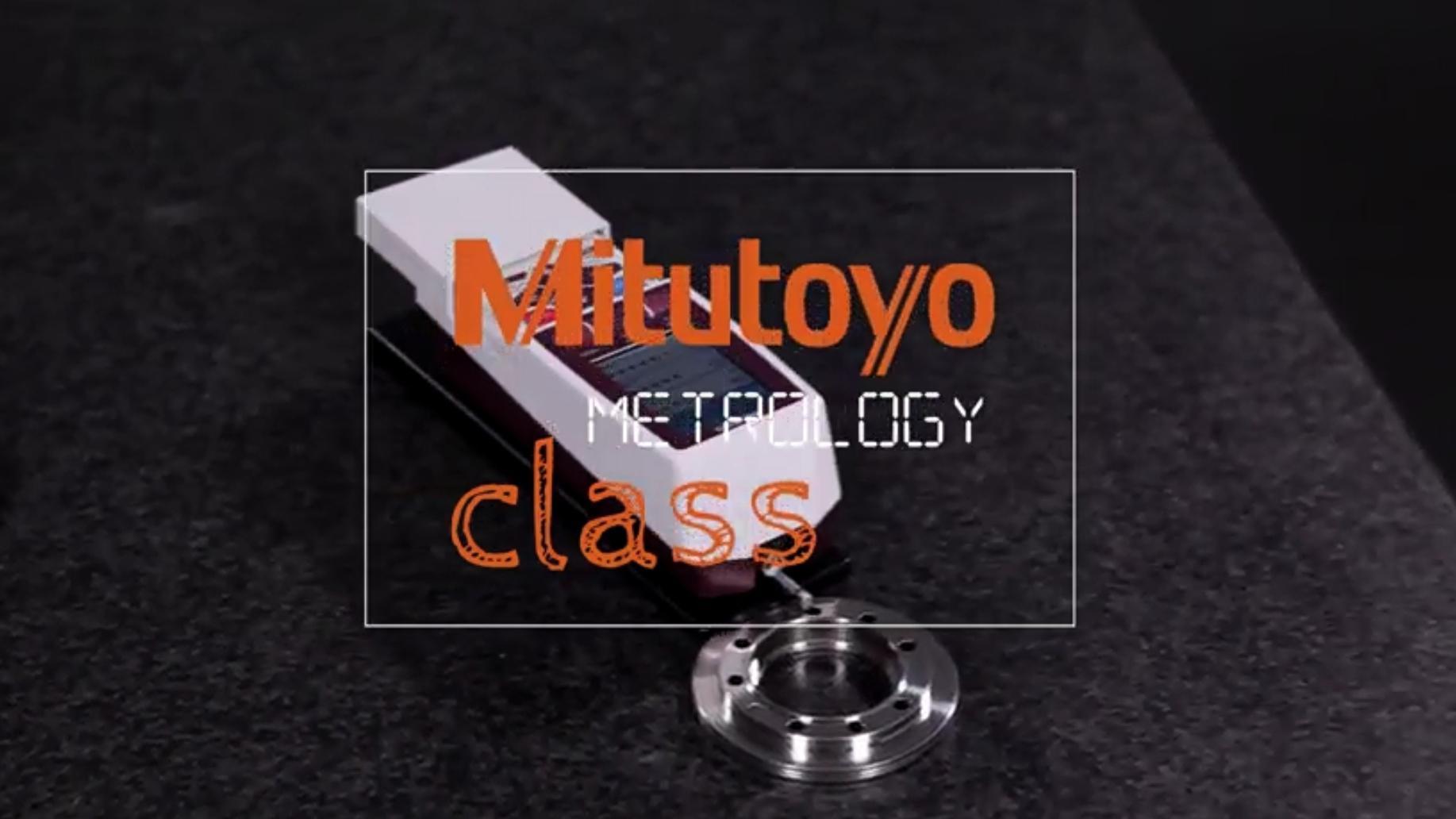 An instructional video allows for a step by step presentation process, design, device operation or service configuration on the website - using animations and classic shots.

Are you a dance course creator? Would you like to teach a foreign language? Do you have an idea for an e-learning program? 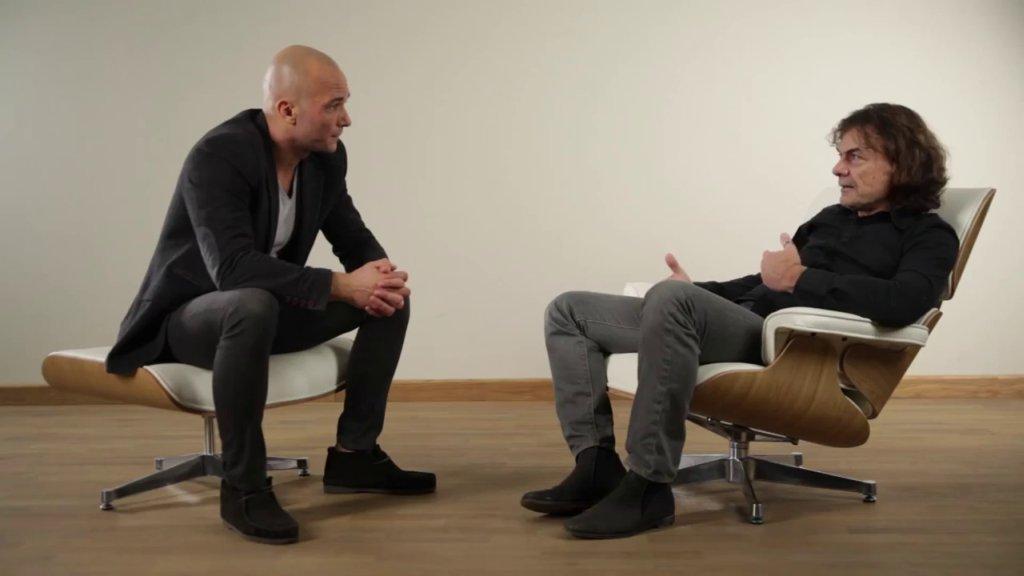 Are you organizing an outdoor event for employees? Celebrating the success or anniversary of the organization? You want to record an awards ceremony, a conference, a concert? 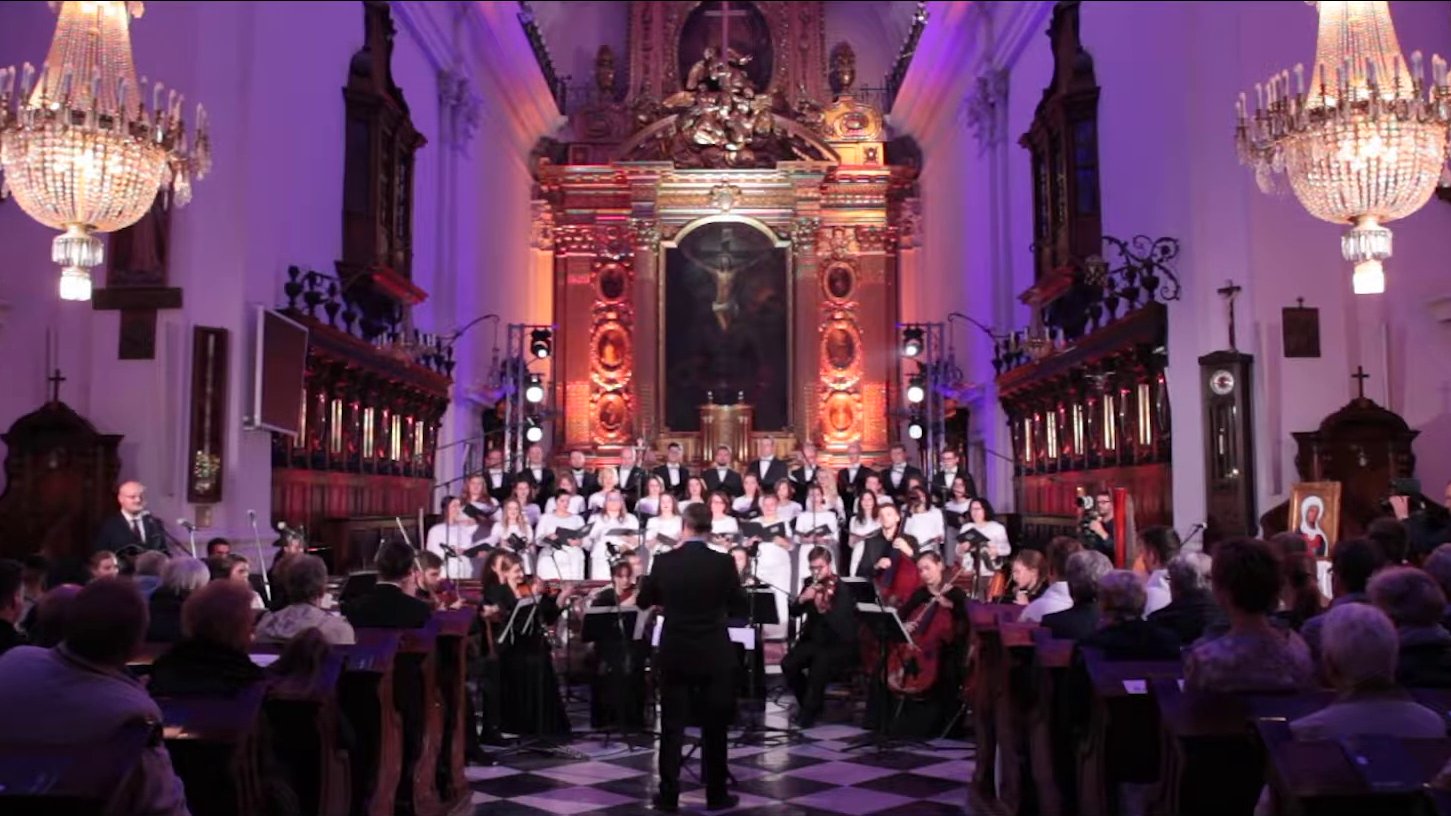 Event clip is a report or a full record - single or multi-camera - with or without streaming of a concert, conference, panel, debate, lecture, etc.

Do you want to promote your song? Or maybe the whole album? Or a concert? 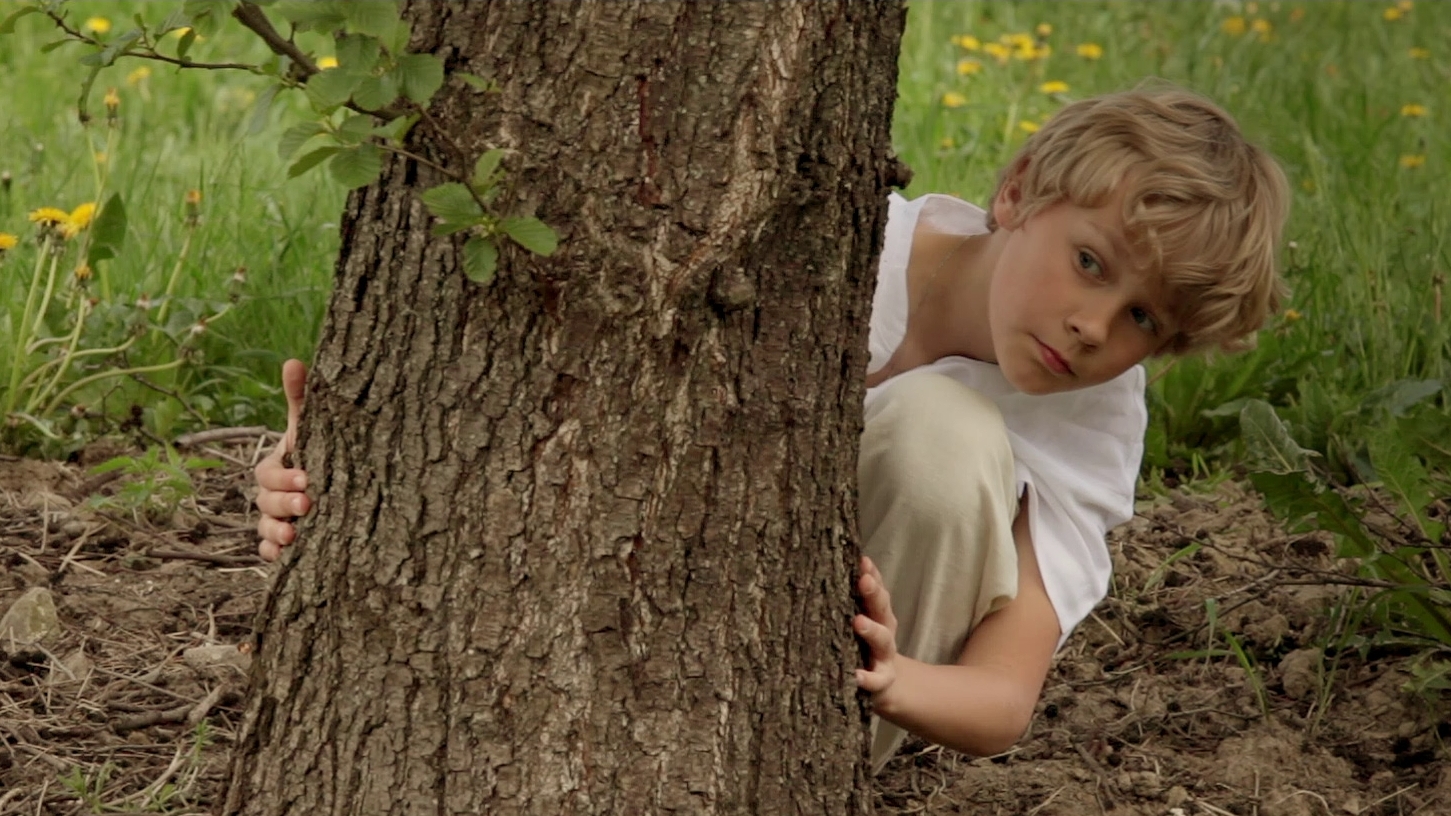 The music video tells a story to your music, also presenting you as the Creator. 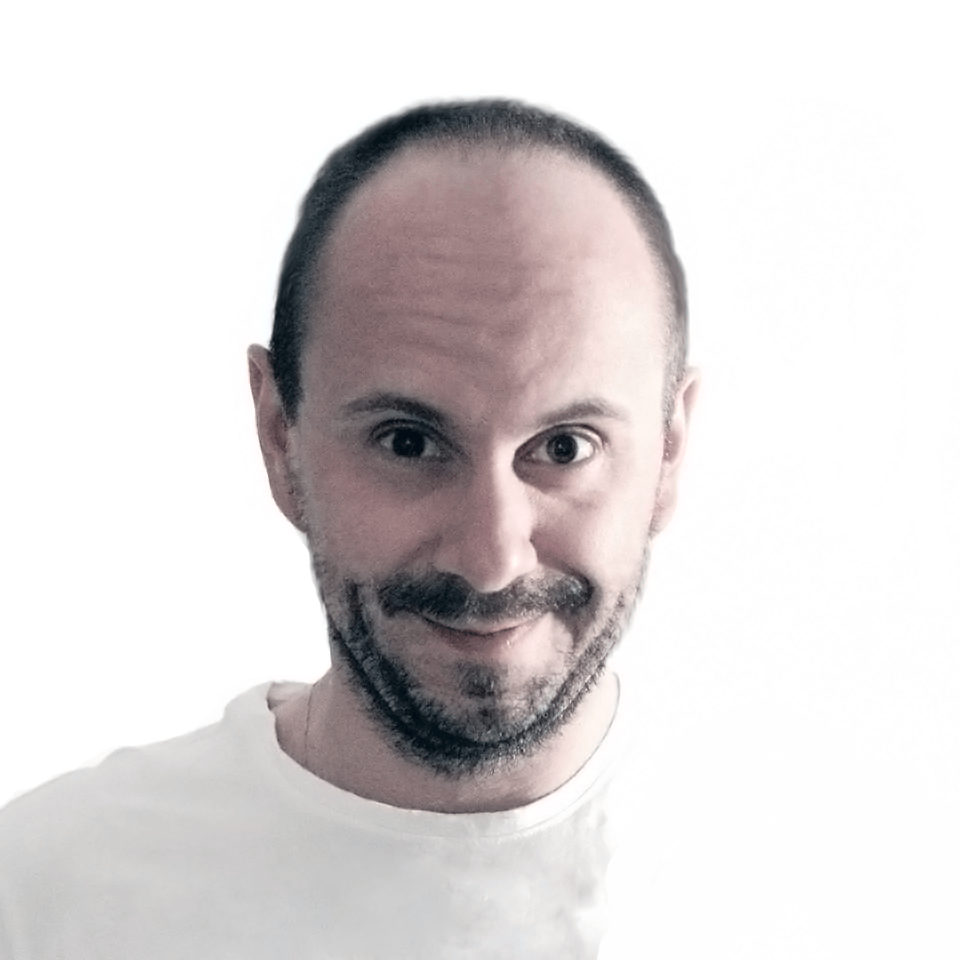 A very successful collaboration! Full professionalism, changes possible at every stage of creating a project, and the finished product is perfect! I recommend. 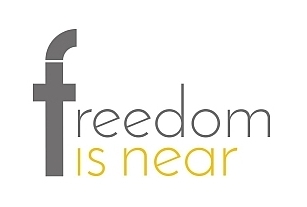 Aleksandra Jaromin - Freedom is Near

I recommend this company with a pure heart. soul seed media made 2 spots for us advertising Christmas Eve without Borders and Easter without Borders, which were shown on Polish Television. It was very important for us to fully understand the meaning of the message of the spot and the speed of action. We also appreciate the professionalism, creativity and diligence of the company. 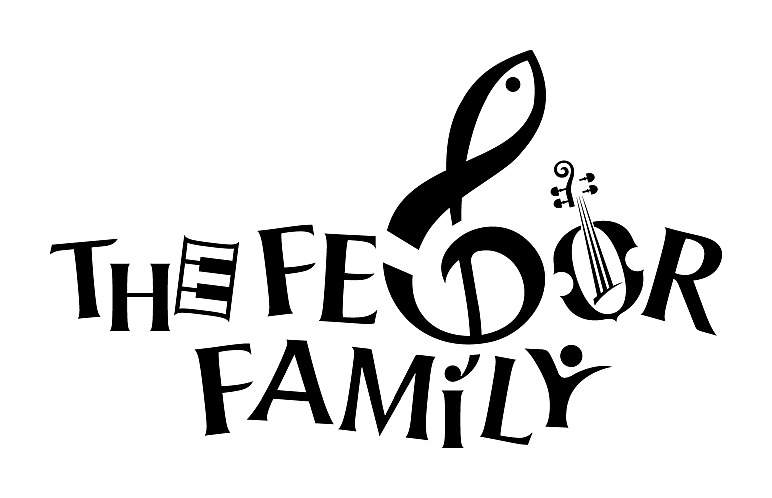 Thank you for your professionalism, kind approach and the ability to work with artists of all ages. We recommend soul seed media !!!

With professional knowledge and attention to details Michal helped us a number of times managing video production in Poland and in Croatia. Product videos of Diveye and reportages delivered by Soul Seed Media were the key to our success.

100 percent professional. 100 percent reliable, 100 percent creative! Michal really created a unique footprint for Mitutoyo´s Video communication with his productions of Mitutoyo metrology instruments. And he has the rare gift to understand complex machinery, making it look precious and bring them to life at the same time in his Videos. Fully recommended!

Mr. Bernardyn is a very talented storyteller with well developed skills as an editor and writer. He has the ability to put together images, complex ideas and give an interesting thread to his narrative. We have worked together in a few documentary projects. He is a real team player and very easy to work with.